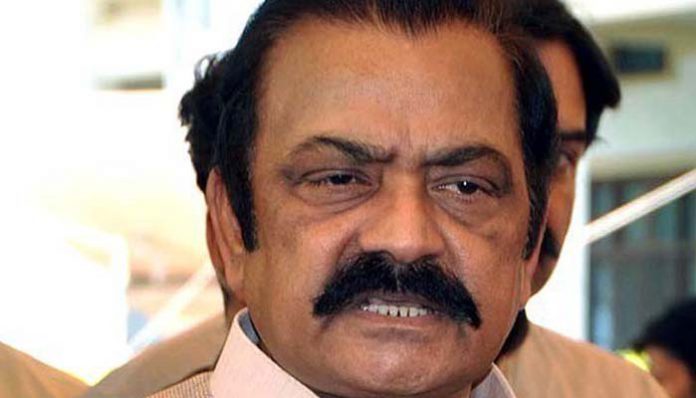 Anti Narcotics Force court sent Rana Sanaullah on 14 day judicial remand. In the today’s hearing, the Anti-Narcotics Force (ANF) requested for a remand for the PML-N leader. However, his remand came following his arrest after the discovery of a large stash of contraband in his vehicle yesterday.

Earlier according to Superintendent of Police (SP) Security Faisal Shahzad, a security plan was devised for Sanaullah’s court appearance, with more than 400 anti-riot force personnel deployed around the city.

Rana Sanaullah, the MNA and president of the PML-N’s Punjab wing, was said to have been arrested in a drug-related case, with the ANF officials revealed that he was arrested while travelling with his guards to a meeting from Faisalabad to Lahore.