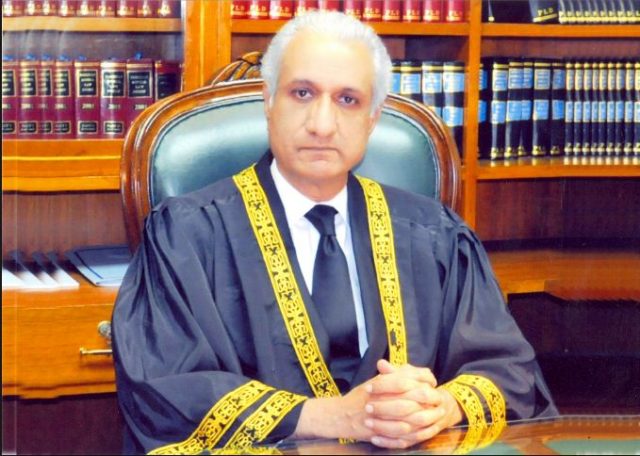 Chief Justice of Pakistan, Chaudry Saqib Nisar, personally visited Justice Ijaz’s house after hearing the news. He then called Inspector General Punjab Police on the site of incident and asked him to investigate on the matter and making sure that the suspects were caught immediately.

Chairman PPP Bilawal Bhutto Zardari condemned firing on the residence of the Supreme Court judge. He said that the Pakistan Peoples Party stands for protection of these judges and respects them tremendously for their efforts to create just environment in the country.

Chairman PTI Imran Khan also condemned the attack saying that such acts to pressurize senior judges are unacceptable in a democracy.

Speaker National Assembly Ayaz Sadiq termed the attack on the Supreme Court judge’s house an attack on the country’s security and demanded the government to look into the matter.

Opposition leader Syed Khursheed Shah while condemning the cowardly demanded of the government to take foolproof security measures for judges’ security. Ameer Jamaat e Islami Pakistan Siraj ul Haq condemned the attack and said no tactic aimed to pressurize the judiciary will succeed. PML-Q leader Chaudhry Shujaat Hussain in a statement called for a judicial investigation into the incident.