Home Pakistan PPP and PTI Both at Odds Over Venue for Rally on May...
Facebook
Twitter
Google+
WhatsApp
Linkedin
Print 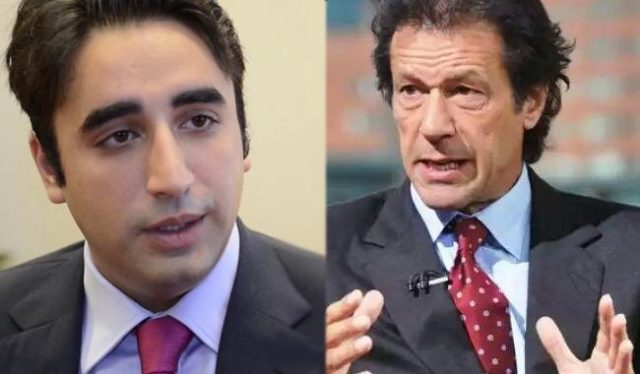 KARACHI: Two major parties of Pakistan, PPP and PTI, are at conflict with each other over venue for rally on May 12.

Pakistan People’s Party and Pakistan Tehreek-e-Insaaf are at odds with each other. Both parties want to hold a rally on May 12 at the same venue, Hakeem Saeed Ground in Karachi’s Gulshan-e-Iqbal. PPP has gone ahead and sent a letter to District Commissioner for issuing a NOC for the rally.

PPP senator Saeed Ghani made a post on twitter regarding this issue. He said that earlier PTI had decided their rally ground to be Quaid-e-Azam’s Mausoleum. He said that PTI and MQM have a hidden alliance that is trying to sabotage their rally on the 12th. PTI fears that it won’t be able to gather the people of Karachi as they all will be in the PPP rally. Saeed Ghani added that they wont back down from the jalsa and that they will succeed.

PTI/MQM hidden alliance knows very well PPP will have a huge Jalsa on 12th May & PTI won't be able to gather Karachiites in their show on 12th. So this anti peace alliance of 2 hate mongers plan to sabotage our Jalsa but they will not succeeded in their ill plans IA.

PTI’s Khurram Sher Zaman issued a statement saying they will hold their rally at Hakeem Ground on May 12 at any cost. He added that Peoples Party is using force to suppress political activities,” the PTI leader added.

Pound to PKR and Today Currency Rate in Pakistan, 12 February...