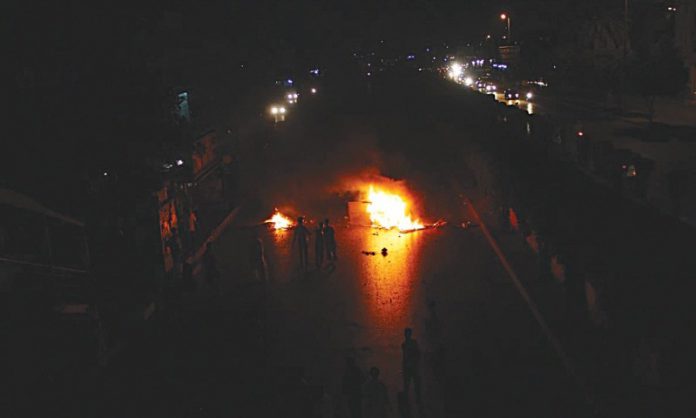 Karachi: The people of Karachi have taken to streets to voice their anger against load shedding and water shortage.

The Met department has even predicted another round of heatwave for the people of Karachi. However; no relief is being provided, instead things are being turned to for the worst.

Many areas of the city are going through extreme conditions in this Ramadan. People of the city are being given the gift of load shedding and water shortage by authorities. However; people have taken to the streets to voice out their anger by protesting in different areas.

In the Shah Faisal Colony area, people of Shamsi society burned tyres in protest. The people, angry about hours long power outage in their areas, even blocked roads.

People of Nazimabad and Lyari also protested against the water shortage in the city. The people blocked roads from after midnight up till sehri time.

on the other hand, K-Electric has said that it is doing load management and not load shedding. They said that people should not term technical problems as load shedding as its not that.