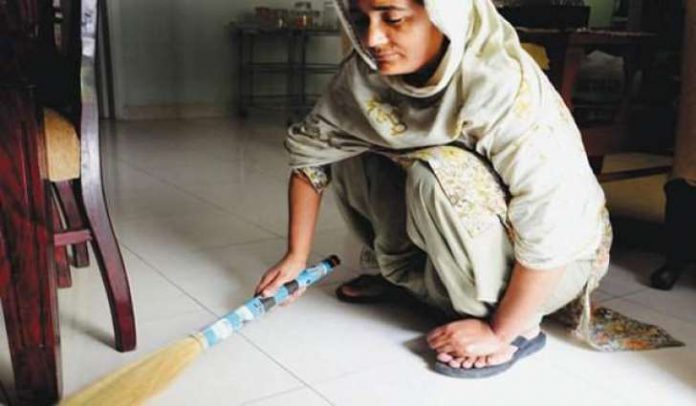 The Punjab government has recently decided to make a legislation for domestic staff to have a weekly holiday.

According to some authentic sources, the domestic staff across Punjab will be ensured protection after the law is in motion.

The individuals who work in houses will be entitled to salaries, along with weekly holidays amendment will be made, according to the labor laws.

Pakistan ranks third in the highest population of laborers. This is behind India and China, according to the Global Slavery Index.

According to campaigners, more than two million Pakistanis are currently trapped in a vicious cycle of debt bondage to factory owners that continue for generations and owners take advantage of the next offspring, without any mercy. This type of practice is also referred to as modern slavery. Although many activists have come forward to end such practices, the slavery still continues in the background.

However, Punjab authorities have started to take to eliminate such unfair practices so that the oppressed can enjoy the basic human rights that an individual enjoys on a daily basis.

In 2016, the Punjab government started a scheme where nearly 88,000 child brick kiln workers were selected for a stipend programme that involved supplying $20 stepend per child, and after which they were also paid $10 as monthly payment.

However, the initiative “lowered the opportunity cost of not sending children to school… and families were able to mobilize this stipend to pay their debts,” a former official of the provincial government had said.