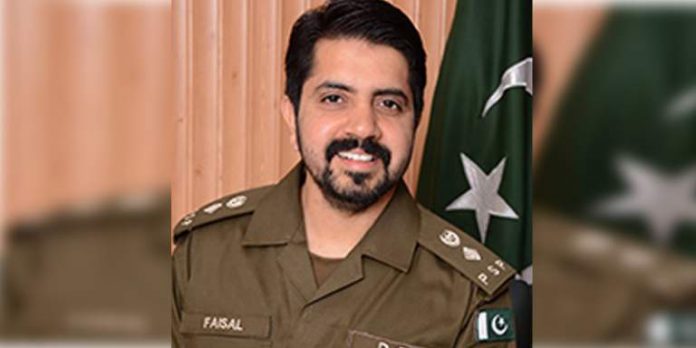 Punjab Police Chief Faisal Mukhtar has been featured in the International Association of Chiefs of Police (IACP) 40 Under 40 Awardees 2018.

Every year IACP picks 40 police chiefs from all around the world who demonstrate values and commitment to law enforcement along with a Capacity for leadership and are employed by a federal, state, local, or tribal law enforcement agency.

Punjab SSP Faisal Mukhtar, 38, who also won the Hubert Humphrey Fellowship in 2016, currently serves as the Senior Superintendent of Police in the Punjab police.

Inspired to become a police officer after meeting one, Punjab SSP Faisal Mukhtar realised he had a passion for helping others along with improving the police force.

Introducing a “respect for all” policy in his department, Punjab Police Chief Faisal Mukhtar developed a number of policies which helped improve relations between the community and police.

Not only has Punjab Police Chief Faisal Mukhtar worked on improving relations between the public and police but he also empowered the women police officers by posting them as assistant station clerk, a managerial position in police stations, for the first time in the district police.