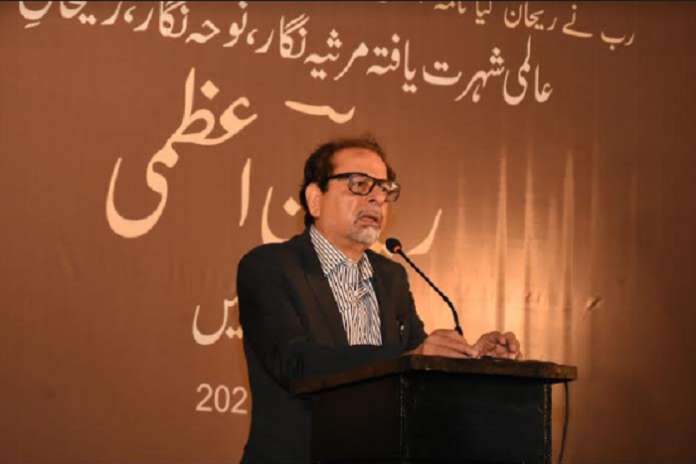 Rehan Azmi was an eminent poet known for impressive Noha and Marsiya writing. He also wrote ghazals and songs.

Reminiscing about Rehan Azmi on the occasion, intellectual Aqeel Abbas Jafari said that Rehan Azmi was capable of writing in every genre, he was a multidimensional versifier. He received special acclaim on Pakistan Television. He wrote nohas, marsiyas, and salaams. The Noha which was written by Rehan Azmi and read by Nadeem Sarwar earned a great name.

Remembring Rehan Azmi, Mr. Ahmed Shah said ” His death is a big loss. He penned lyrics to many a song for PTV, and before that for Radio Pakistan. Then he came to this side (devotional) and decided that now he will only write Noha and Marsiya and  I don’t think anyone in the world has written more nohas than him. He himself never charges money for this work”

“Rehan doesn’t need any critic to write about him, he knew what was the purpose of his life and he got it all done” Ahmed Shah added.

Anchorperson Ali Raza said “I still cannot believe that Rehan is no more with accepting his death is painful.

On this occasion, Abbas Naqvi said that people who are familiar with the Urdu language are familiar with the name and work of Rehan Azmi around the world. Whether it’s Noha, Marsiya, Song, or Ghazal all of his work is commendable. “I had known him for the last 30 years.  Apart from a great poet, he was an extremely humble and graceful man”- Abbas Naqvi

Writer Fatima Hassan said that one of the great and unique names of our time was Rehan Azmi. He lived a good life. It is a good tradition of the Arts Council to organize such remembrance events of those who left us. Poets and artists live forever through their art, even after leaving the world, and by acknowledging their work we acknowledge their presence. Speaking on the occasion Dr. Huma Mir said that At the starting of his career Rehan wrote many songs and ghazal for Pakistan Television, and for Radio Pakistan which got popularity among the people.

Expressing gratitude, Rehan Azmi’s sons said that our father was our teacher and despite him, we did not feel the need for anyone else. Thanks to the Arts Council for holding this event in memory of our father. 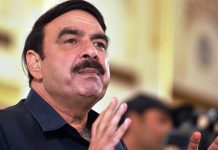