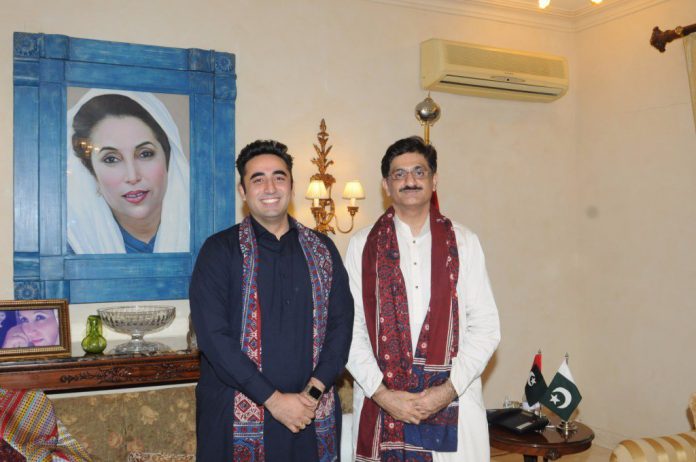 The names of the said personnel were placed on recommendation of the joint investigation team (JIT) report in the fake bank accounts case.

Whats the role of Bilawal in the case, asked the CJP during the hearing. The lawyer of the joint investigation team, Faisal Siddiqui, also appeared before the court.

The chief justice questioned the rationale behind placing Bilawal Bhutto on the ECL. What wrong did he do to come to Pakistan. Why has this innocent kids name on the ECL? Did the JIT put him on the no-fly list to defame him, asked the CJP.

Similarly, the chief justice reprimanded the JIT for placing Murad Ali Shah on the ECL. It should have seen first that he is the chief executive of a province. He was defamed with the [governments] ECL move, remarked Justice Saqib Nisar.

It is pertinent to mention here that the report of the JIT had pointed to the Zardari Group and Omni Groups involvement in the mega money laundering scam.

Farooq H. Naek, counsel of Mr. Zardari, said the report of JIT was utterly biased. Let us avoid commenting on the JIT report, the CJP said, adding that the investigation had revealed some real insight in the case. A few moments later, Naek pardoned and said he was taking back his words.

Earlier during the proceedings, Justice Nisar said the JIT had elucidated key points, while the National Accountability Bureau (NAB) will conduct thorough inquiry into the case.

In my opinion, the fake accounts unearthed during the probe were all subsidiaries, and their roots are connected to the Omni Group tycoon, the CJP said and adding that the matter should be investigated.

Attorney general of Pakistan informed the Supreme court that the Cabinet would hold a meeting on issue of the Exit Control List (ECL).

The Supreme Court on Dec 31 had directed the federal cabinet to review its decision of placing 172 people including Asif Zardari and his son Bilawal Bhutto Zardari on the ECL in connection to mega money laundering case.

The CJP said Omni Group gobbled three banks. This case opened on an information shared by a police officer in Karachi but I wont tell his name, observed the chief justice.

Counsel of Omni Group, Muneer Ahmed Bhatti, told the court that the people put on ECL by the JIT also had a name of a deceased person.

The CJP responded that the attorney general had explained the governments stance on the ECL.

The court reprimanded the Omni Group lawyer, stating you shouldnt distract the course of proceedings.

What action should be taken next in the light of JIT report, asked the court.

Chief justice inquired from the Mr. Bhatti sources of huge accumulation of wealth by Anwar Majeed. How many mills does your client own, asked Justice Ejazul Hasan.

He is the owner of right mills, responded the lawyer.