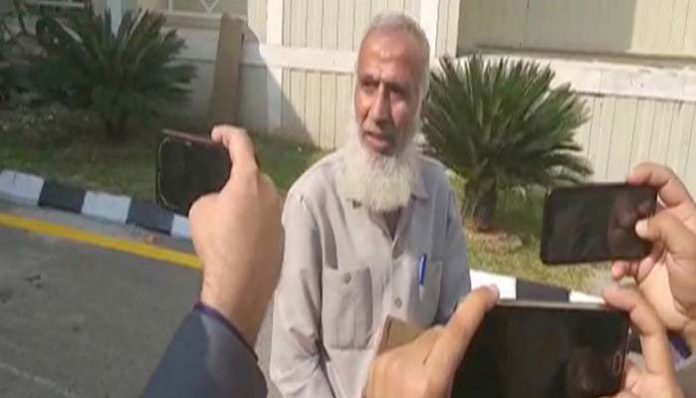 On Wednesday, a retired scientist who lost Rs 2.7 million from his life’s savings, received the money back from the bank. The former scientist had previously complained that his life’s savings suddenly vanished on Monday. He decided to seek help from Supreme court after the police and bank left him helpless after he complained about the money missing from bank account.

Dr Yousuf Khilji, the retired scientist, was given his savings back after the Federal Investigation Agency (FIA) issued a notice to the concerned back.

Earlier this week, the retired scientist was left helpless when he discovered that his life-long savings disappeared in a suspected scam transaction. The transactions were conducted on October 25 and 26 through his account and withdrew the total amount within just 17 hours.

Additionally, after the scientist, Inspector General (IG) Punjab Tariq Masood Yaseen’s bank account was hacked and during the time period Rs 2 million had vanished from his account.

FIA’s cyber-crime unit is now investigating the disappearance of money from the accounts.

Just a day before, FIA cyber-cime’s chief had set off a warning alarm as he revealed that the data of customers from “almost all major Pakistani banks” were stolen in a recent security breach.

While addressing the issues, the director of FIA Cyber-crimes unit (retd), Mohammad Shoaib said, “Almost all [Pakistani] banks’ data has been breached. According to the reports that we have, most of the banks have been affected.”

However, the State Bank of Pakistan (SBP) has denied this news and said that data from only one bank had been stolen. The national bank also issued safety instructions to the public for protecting their personal data and bank accounts.