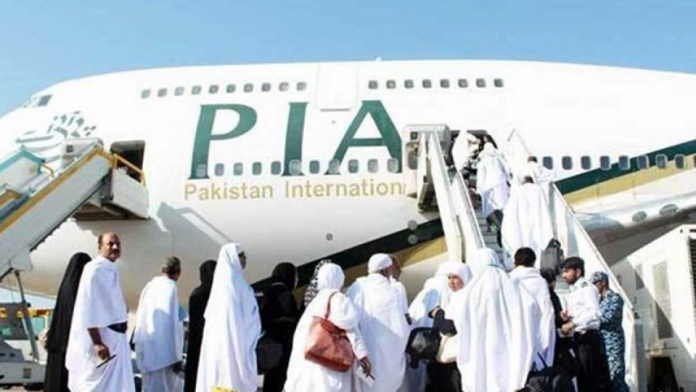 CAA Civil Aviation Authority Pakistan has started working over the plan of “Road to Makkah Project”.

The CAA has gathered the data of 150 officers and staff to assist the Hajj pilgrims at Jinnah International Airport Karachi. They have planned to provide the facilities to Haj pilgrims under the road to Makkah project.

Moreover, CAA has earmarked an Rs. 5 million budget for the airport’s renovation, trolleys, sanitary work, and other expenditures.

The CAA spokesperson also said that Islamabad airport was also involved in the road to Makkah project. In the second phase, Jinnah International Airport Karachi has been included in the project.

The road to Makkah project will help the Haj pilgrims to complete the immigration process in Pakistan instead of Saudia.

Aviation Mohammed Mian Soomro Federal Minister for Privatization and Aviation announced that the ‘Road to Makkah’ project will take effect from 2019 and that Pakistani pilgrims will be facilitated under the project this year.

The pilgrims will no longer have to wait in queues in Saudi Arabia for the immigration process.