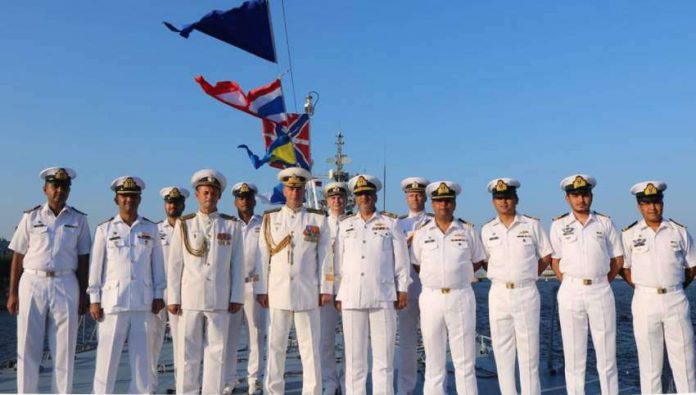 History is created as this is first ever Pakistan Navy ship ASLAT visit Saint Petersburg, enters Baltic Sea since independence. According to the press release by Directorate of Public Relations of Pakistan Navy this milestone is of strategic significance for Pakistan and Russia.

This is certainly a huge honor for Pakistan Navy as a part of Pakistan’s strategic significance that PNS ASLAT is the sole foreign navy warship which is participating in Russian Navy Day Parade. President of Russian Federation, Vladimir Putin, also graced that occasion as chief guest.