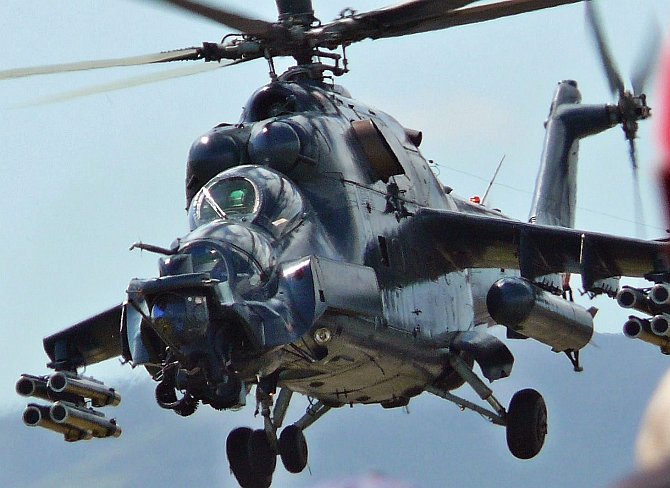 According to new sources, a video has appeared to have surface on the social media which shows a Mi-35 helicopter draped in the colors of the Pakistan Armed Forces flying somewhere in Pakistan.

According to The Diplomat, an import-export log from Pakistan appeared to record the delivery of helicopter-related equipment including ammunition. The package is delivered from Russian state-owned defense exporter Rosoboronexport to the Pakistan Army.

Russia had already handed over four Mi-35M helicopters to Pakistan Army Aviation Corps last year. The delivery of these choppers likely took place in Russia. However, the transfer of gunships took place later.

Pakistan and Russia made a $153 million helicopter deal during the visit of Retd. General Raheel Sharif’s visit to Russia in June 2016. An official contract was signed at the Pakistan Army General Headquarters in Rawalpindi in August 2015.

The Mi-35 M attack helicopter was developed by the Mil Moscow Helicopter Plant and has been produced in Russia since 2005. This helicopter has also been exported to Azerbaijan, Brazil, Iraq, and Venezuela.