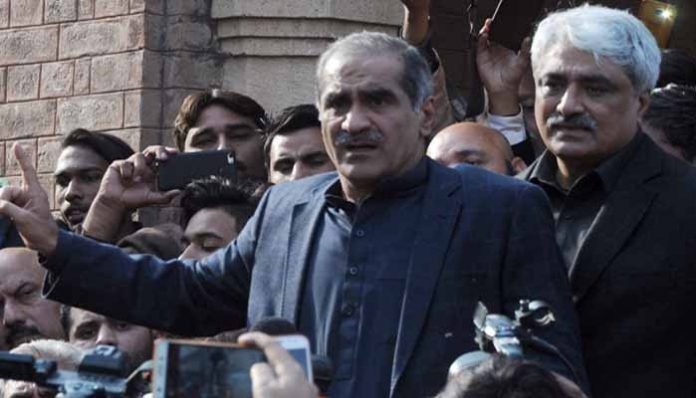 Saad Rafique judicial remand has been extended by the accountability court for 16 days regarded in the case of Paragon Housing Scam.

Saad Rafique along with his brother presented in the court today and as the remand ended, the court granted them a 16-day extension for judicial remand.

The case was inquired by Judge Syed Najmul Hasan against Khawaja brothers. The investigation officer informed the court, “Paragon Housing reference will be presented before 90 days are complete.”

Outside the court answering to the media, Saad said, “Today I was brought in an armoured vehicle which looked like it was 60 years old and it took us one hour to get to the court.”

“The pain in my leg has also increased as the armoured vehicle kept jerking,” he added. “The government will not always remain in power and what they are doing is wrong,” the PML-N leader said.

Saad and Salman Rafique were taken into custody by NAB on December 11. their request of bail was declined by Lahore High court.

On February 2, the accountability court had sent the Khawaja brothers to jail on 14-day judicial remand after rejecting the National Accountability Bureau’s (NAB) request for an extension in their physical remand.

Saad Rafique judicial remand was sent to the accountability court on 2nd February after rejecting NAB’s request for an extension in their physical remand.