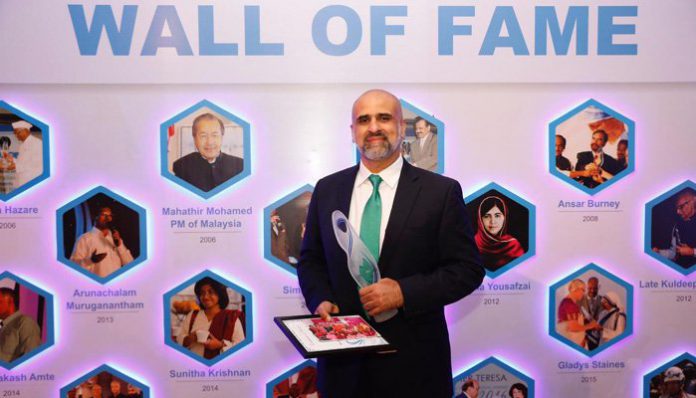 Salman Sufi received Mother Teresa Award by Sufi by Harmony Foundation and Missions of Charity on Sunday. However, the acknowledgement is for his efforts towards women empowerment in Pakistan in the last 4 years.

However, Salman Sufi in his acceptance speech paid tribute to Mother Teresa and other women who face abuse but are unable to seek justice. He acknowledged the status of women in India and Pakistan as alarming. He stressed upon the point that both countries should try to eliminate the violence against women.

Salman Sufi also acknowledged the support of former Punjab chief minister Shahbaz Sharif. He said that Shahbaz is the imperative factor in implementation of his women empowerment reforms. Salman further added that he is planning to establish a network of his projects in all SAARC countries. However, the entire eco system of women empowerment can be established among South Asia by this.