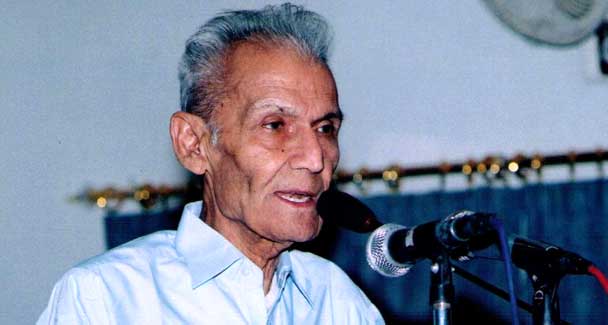 Senior politician Rasool Bux Palijo passed away after a prolonged illness on Thursday morning.  He was 88 years old.

He was the founder and chairman of political party Awami Tahreek, and a human rights lawyer.

He was under treatment at a private hospital in Clifton at the time of his death.

Born on February 21, 1930, in the village of Mungar Khan Palijo, Jungshahi, Thatta, Rasool Bux Palijo was a writer and also served as a Supreme Court lawyer.

He received his early education from Sindh Madressatul Islam in Karachi where he graduated with a law degree.

He formed the Awaami Tahreek Party in 1970. He was also the founding member of the Sindh Qaumi Ittehad and Sindhi Adabi Sangat.

Rasool Bux Palijo also worked towards the demolition of one-unit and was involved in various other political activities. He was also very active in bringing women into the political circle in Sindh.

Rasool Bux Palijo also spent 11 years of his political life in various prisons. As prisoner, he spent most of his time in Kot Lakhpat jail, Punjab during 1980.

He is the author of more than 40 books on numerous subjects.  The 26 of those books were being written in the Sindhi language. His topics range from politics to literature, prison dairies, culture and poetry etc.

The body of Rasool Bux Palijo will be taken back to his hometown today in the evening. His funeral prayers will be offered tomorrow at 8 am in Jungshahi.