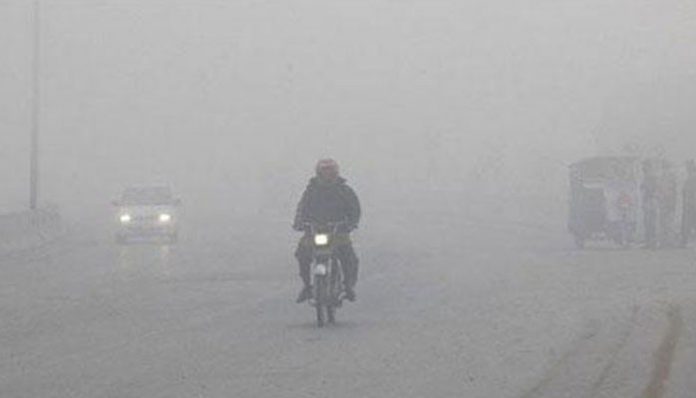 Lahore: Dense fog is gripping several cities of Pakistan and traffic accidents are occurring on different roads including Lahore Motorway.

On Lahore Motorway, the fog resulted in the collision of different cars. However, no death was reported yet. In Punjab, there is a low visibility in Bahawalpur, Sheikhupura, Lahore, Faisalabad, and Gujranwala. The recent incident was occurred at Kala Shah Kaku Interchange on the Lahore-Islamabad Motorway.

Motorway Police revealed that the visibility level has significantly lowered in the province. In addition, they urged that commuters should avoid the unnecessary travel on the motorways and highways.

In case of emergency, they are advised to call on helpline 130. Temperatures in all over the country are significantly dropped. However, the minimum temperature (-8C) was recorded at Skardu.