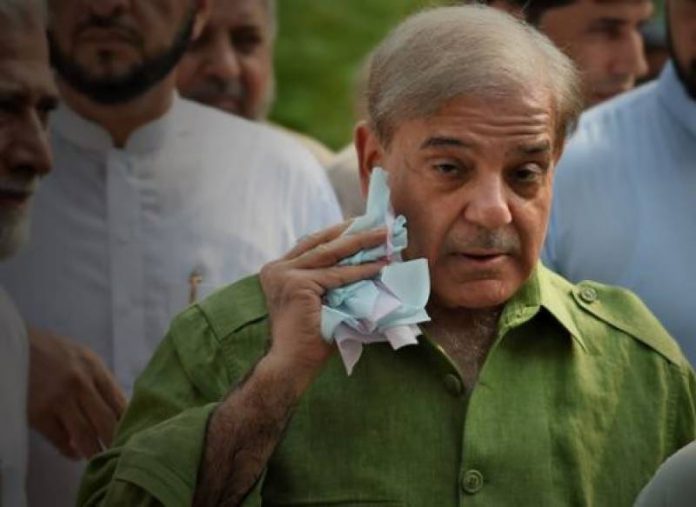 PML -N President and Leader of the Opposition in the National Assembly Shehbaz Sharif reaches accountability court in Lahore on Saturday.

Shehbaz Sharif is currently in the National Accountability Bureau’s (NAB) custody since October 5 in connection to the Ashiana Iqbal Housing Scheme case.

He was flown from Islamabad to Lahore earlier today for his appearance in accountability court in Lahore.

A large number of PML-N workers have gathered outside the accountability court in Lahore premises and security has also been increased.

The leader of the opposition in National Assembly was then flown to Islamabad and his Minister’s Enclave residence had been declared sub-jail.

An accountability court in Islamabad had on October 31 extended Shehbaz Sharif’s transit remand till November 6 and then till November 10.

As his transit remand ends today, Shehbaz will be presented before an accountability court in Lahore.

NAB has accused Shehbaz Sharif of misusing his powers while being the chief minister of Punjab in an inquiry pertaining to Punjab Land Development Company (PLDC).

According to the anti-graft body, Shehbaz cancelled the contract awarded to M/s Ch A Latif & Sons for infrastructure development of Ashiana Iqbal Housing Project and awarded it to CASA Developers.

“The former Punjab chief minister misused his powers and his actions caused a huge loss to the national exchequer,” the NAB prosecutor had said.

However, Shehbaz denied the allegations as “false and baseless”.