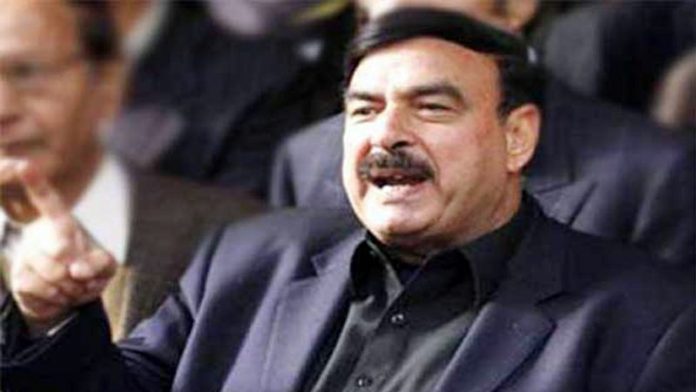 Rawalpindi: Awami Muslim League (AML) Chief Sheikh Rasheed Ahmed claims that elections might postpone to later dates of September/October. While talking to the media Sheikh Rasheed said that the ongoing political climate is giving off the vibes that the elections are not going to happen on time.

Earlier, while in a press conference with the Pakistan Tehreek-e-Insaf Chairman, Imran Khan, he had announced to contest in the upcoming general elections of 2018.

While criticizing the Sharif Family he stated that they are trying to seek a National Reconciliation Ordinance deal while posing as Tarzans on the media and television. He said that the Sharif family has dominated over the province of Punjab for too long and that can only be rectified by formation of separate provinces within Punjab.

While talking to media about Nawaz Sharif, Rasheed said that Nawaz has looted the country and due to his large scale corruptions even CPEC projects had to be halted. He said that Pakistan will not prosper until and unless these corrupt individuals are held accountable.

The general elections are expected to be held by the end of July of this year.