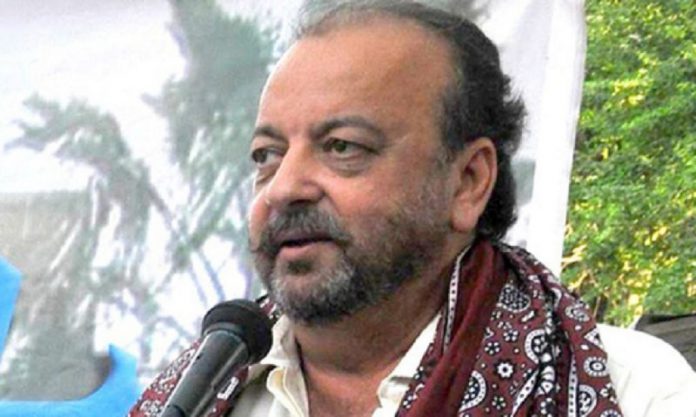 Agha Siraj Durrani arrested by NAB from the private hotel in Islamabad. The PPP leader later shifted to the anti-graft body’s headquarters. Anti-graft body’s Rawalpindi bureau and intelligence wing along with NAB conducted the arrest.

According to the latest statement, Agha Siraj Durrani accused for developing assets beyond known income sources. However, he will appear in the Accountability Court for the remand on Thursday (tomorrow).

In 2018, NAB began the probe against Agha Siraj Durrani for owing assets beyond means and for the illegal recruitment of over 350 people. According to reports, he had persistently failed to cooperate with the anti-graft body’s investigators, missing hearings despite summons and also ignoring a questionnaire given by NAB.

NAB’s combined investigation team (CIT) had sent letters to the deputy commissioners of Karachi, Hyderabad, Sukkur and Shikarpur seeking details of the properties owned by Durrani and 11 other members of his family.

NAB also asked details of their bank accounts and forwarded their names and CNIC numbers to the State Bank of Pakistan and other private banks. According to some sources, NAB officials also wrote letters to the Securities and Exchange Commission of Pakistan and sought details of business entities owned by Durrani and his family members.