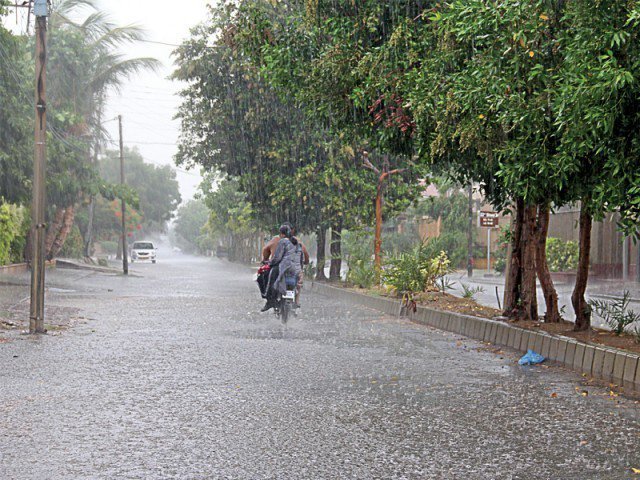 The sudden rain in Karachi made citizens overjoyed as the weather became pleasant and chilly.

Rain in Karachi resulted in the chilly weather. It is expected that the winter spell in the city will be extended. Rain with strong winds occurred in Jinnah Square, North Karachi, Lasbela, Sohrab Goth, Defence, Saudabad, Malir, Gulistan-e-Johar, Gulshan-e-Iqbal, Clifton, and other areas. However power outage reported in North Karachi and Malir.