Super Flood in Pakistan: Country is under severe threat in 2019 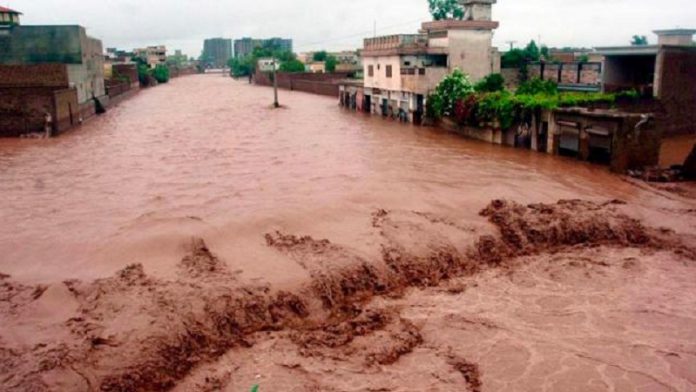 According to sources, Ahmad Kamal, the Chairman Federal Flood Commission (FFC), revealed that the super flood in Pakistan is expected this year.

Super flood in Pakistan is highly expected during 2019 monsoon season. FFC chairman Ahmad Kamal revealed the news while briefing to the National Assembly Standing Committee on Water Resources. He said that the monsoon pattern has extended to other parts of the country which could cause super flood in Pakistan.

FFC chairman said that an additional 25 districts came under influence of the monsoon due to a shift in rainfall zone from North East to North West. Due to this climatic change, out of the recently added 25 districts, 14 from Punjab and 11 from Khyber Pakhtunkhwa could experience flooding.

Ahmad Kamal revealed that the 10-year National Flood Protection Plan-IV had been prepared with an estimated cost of Rs.332 billion. It would be implemented in two phases: phase-I would cost Rs.177.661 billion and phase-II 154.585 billion. He further added that the plan had already been approved by the Council of Common Interests (CCI).