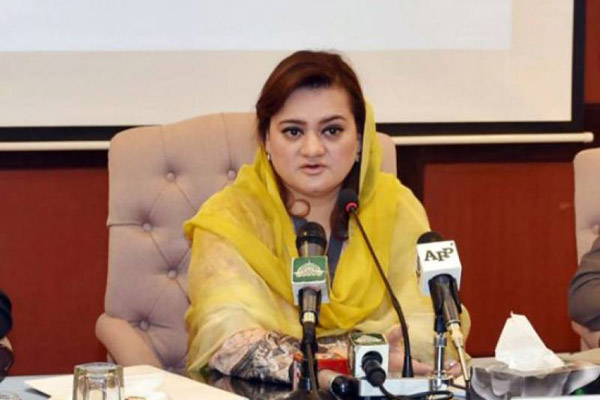 The Supreme Court has removed Minister for Information Marriyum Aurangzeb from the committee that selects the chairperson of PEMRA on Monday.

Chief Justice Pakistan Saqib Nisar said that she is very busy giving statements to the media, heading the three-member bench, while hearing the media commission case. He added that what does the information minister have to do with the selection of the PEMRA committee? And that the committee cannot truly be independent as long as Marriyum Aurangzeb is part of it.

The information secretary will replace the seat of Aurangzeb on the committee. The court ordered the committee to finalize the name of the PEMRA chairperson within three weeks. He also criticized the PML-N leadership saying what do you call someone who sends their women to criticize the judiciary, if they had anything like honor in them they would face it themselves.

The minister of Information has been seen criticizing the decision of the judiciary along with the other leaders, who are ministers, after the court held the former Prime Minister Nawaz Sharif accountable in the Panama Leaks cases. Since then Nawaz Sharif, Maryum Nawaz and other leaders of the PML-N have issued insulting statements against the court. However the court ruled that the insulting addresses of Nawaz Sharif and Maryum are to be banned and monitored by PEMRA in a recent court hearing.