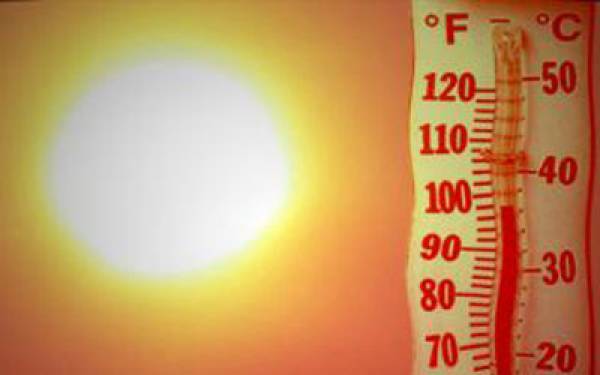 KARACHI: Pakistan Meteorological Department has said that the temperature will remain above 40 Celsius on Wednesday as well amid heatwave.

The city of lights has been under the burning heat of the heatwave for the third consecutive day.

The temperature on Monday was at its peak on 44 Celsius and on Tuesday it was at 43 Celsius. Today the temperature is expected to stay above the 40 Celsius mark as it was in the prior two days.

With people fasting for the Holy month of Ramadan, things have gotten worst with load shedding in the city.

There are reports from Edhi Foundation, that 65 people had died on Monday when the temperature was at its peak. However; Jinnah Medical doctor had said that they could have died of any reason we cannot confirm of them dying of heatstroke.

The government has failed to setup heat stroke relief camps through out the city as it had promised to do so.

The people are not even being given relief from load shedding during Sehri and Iftari times. However; K-Electric said that these are technical faults and should not be termed load shedding. But areas with line losses will face over seven hours of load shedding. But the fact is that even under the banner of load management Karachi is facing power outages.

People are advised to wear a soaked handkerchief on their heads and neck to cool down. They should also avoid direct exposure to sunlight and protect their heads from the hot rays of the sun. People should avoid going out during day times and stay hydrated, those maintaining fasts should be specially careful.