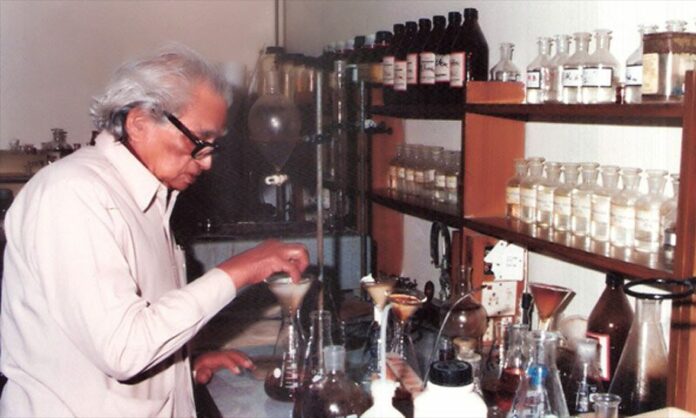 In 1996, professor Salimuzzaman Siddiqui established the International Center for Chemical and Biological Sciences (ICCBS) at the University of Karachi. It was unthinkable that in time this small institution will emerge as one of the finest research centers in the developing world where scholars from all corners of the world, including advanced countries, such as Germany, France, and Turkey, will come to seek knowledge and carry out research.

This remarkable journey has been nothing short of a miracle for a developing country to house such a powerful research center that matches the best institutions in the West in terms of research standards and facilities. Many Nobel laureates have visited the center over the years and they were unanimous in their praise for its accomplishments.

Despite a plethora of financial and other constraints, the success of the research institution may be attributed to the quality of leadership, where honest, upright, visionary, and world-class scientists laid the foundations over the previous six decades. Himself a celebrated scientist, professor Salimuzzaman Siddiqui was – at the time – the first fellow of the Royal Society from Pakistan, and internationally recognized for his work on Neem and Harmala-based drugs.

In 1971 he was able to convince Prof. Atta-ur-Rahman to return from Cambridge University and join the ICCBS as the co-director and begin a major effort to build up this nascent institution. Professor Wolfgang Voelter of Germany made historic contributions to the development of the institution. In 1986, Prof. Atta-ur-Rahman became Director of the Center and served in that capacity till the year 2000 when he was appointed as Federal Minister of Science and later as founding chairman of the Higher Education Commission in 2002.

After securing a succession of international grants, Prof. Atta-ur-Rahman managed to transform the ICCBS into a world-class research establishment. The legacy of outstanding leadership continued with Professor Iqbal Choudhary resuming the charge of acting director in 2002 and later as director in 2008. He transformed this center into an interdisciplinary center of excellence of high stature.

The ICCBS was established through generous private sector contributions from Mr. Latif Ebrahim Jamal and Mr. Aziz Latif Jamal of the Husein Ebrahim Jamal Foundation and Nadira Panjwani Sahiba of the Dr. Panjwani Memorial Trust). The same visionary donors continue to support this institution to date, because of their trust in the honesty and capability of the ICCBS team, and their vision to contribute to the development of Pakistan through higher education and science and technology. Generous support has also been provided by Mr. Rashid Abdullah (Searle Pharmaceutical Pakistan Ltd.) for some health-related projects. Along with this the center has also created institutional endowment, and pension funds.  The center was also able to create fixed asset endowment on the pattern of “land endowed universities in USA and Europe”. Thus, it is the only institution in the country to comply with HEC’s advice of achieving some level of financial sustainability.

The third reason for its excellence is the system of operations introduced with clear key performance indicators (KPIs) on the basis of which all faculty members are evaluated annually and the weak performers are removed. The result is a highly charged competitive environment that ensures that only excellence can survive.

As a result, ICCBS is a designated UNESCO Center of Excellence, WHO Collaborating Center, OIC Center of Excellence, and the recipient of the Islamic Development Bank best science institution awards (2004 and 2010) in 57 Muslim countries. The ICCBS and its faculty have received over 50 major international awards and honors, including

and UNESCO Chair on Medicinal and Bio-Organic Natural Product Chemistry. To date, no other academic institution can match this level of international recognition in this region.

The ICCBS represents Pakistan’s face of excellence in science to the world, an institution par excellence applauded and praised by many Nobel laureates, established with the lifelong and committed efforts of three generations of the most celebrated scientists of the country Prof. Dr. Salimuzzaman Siddiqui, Prof. Dr. Atta-ur-Rahman, and Prof. Dr. M. Iqbal Choudhary.

As national assets, institutions such as the ICCBS need to be provided key support at times of need and serve as strategic assets to national security. They deserve to be nurtured and safeguarded from all anti-state elements.