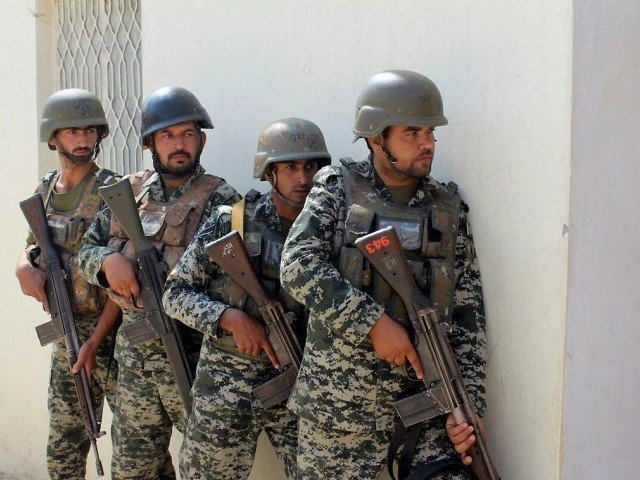 According to ISPR press statement, an Intelligence-based Turbat operation was being carried out against terrorist hideouts in Wakai near Baleda, Turbat.

Balochistan has long been plagued by an insurgency, terrorism, and targeted killings. However, security forces have conducted effective operations across the province cracking down on militants in recent years.

Following the beginning of Operation Radd ul Fasaad, security forces intensified intelligence-based and combing operations in an effort to establish peace in the province.

This has led to a considerable drop in militancy in the province. However, scattered terrorist attacks do take place there at times, and security personnel often seizing arms and ammunition dumped in far-flung areas.