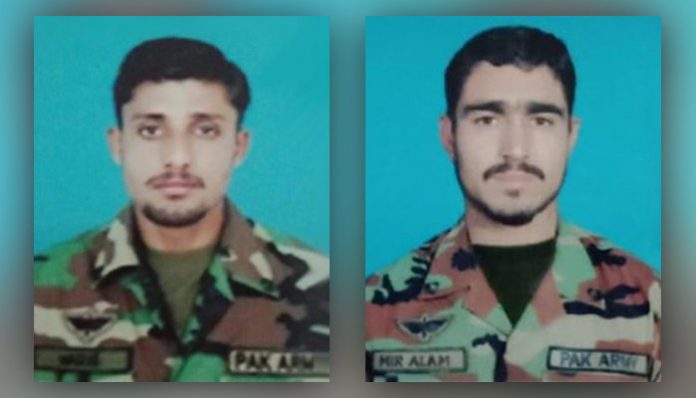 Two Pakistan Army soldiers embraced martyrdom and two others were wounded during an intelligence-based operation in Kalat.

The military operation was carried out against group of terrorists hiding in the Mangochar area of Kalat, ISPR said in a statement issued on Wednesday night.

Four terrorists were also killed during the raid — part of Operation in Kalat. The said terrorists were said to be planning major “terrorist activities in Baluchistan”, based on which the operation was conducted.