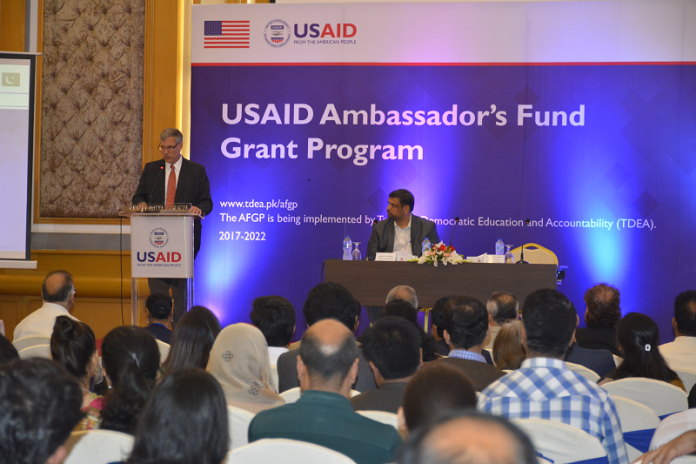 Karachi – The U.S. Agency for International Development (USAID) announced new funding opportunities from the Ambassador’s Fund Grant Program. During the current five-year cycle, running from 2017-2022, this program will award approximately 200 grants in support of high impact efforts by Pakistani organizations working to improve the economic and social conditions of the people of Pakistan. 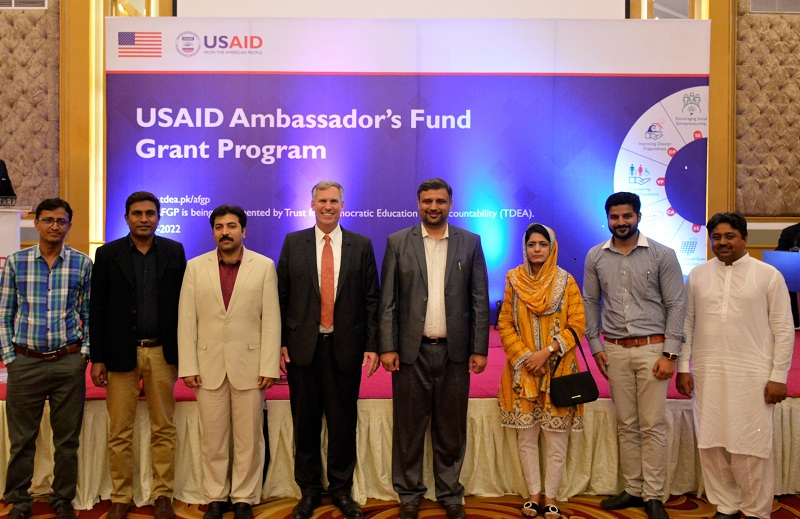 “Large-scale investments, through some of our other programs, are important.  But we also know that much of the most impactful assistance happens on a smaller scale, when people are empowered locally,” Michael Hryshchshyn, USAID Director for Sindh and Balochistan told those gathered for the event. “For this reason, the Ambassador’s Fund Grant Program remains an important part of the United States’ partnership with Pakistan.” 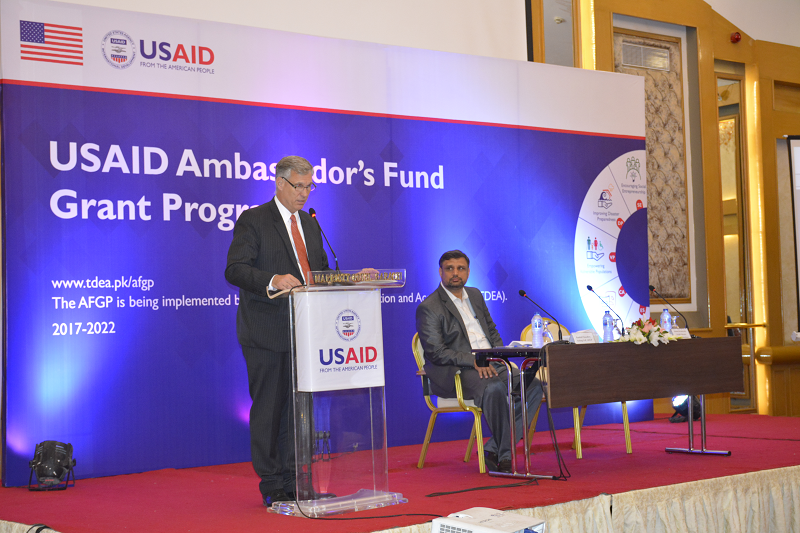