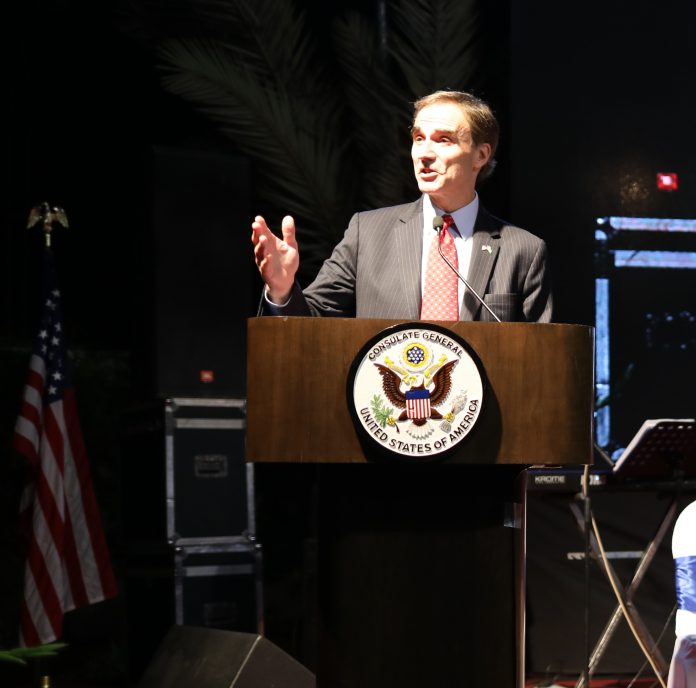 Ambassador Jones discussed opportunities for investment in the region with members of the business community, and met with political representatives. He also hosted a reception at U.S. Consulate General Karachi to celebrate the 243rd Independence Day of the United States.

“Karachi represents Pakistan’s diversity of talent, and the strength and courage of its people,” Ambassador Jones remarked at the reception. He also commented on the opportunities available in the relationship, which can be made “reality by working together and building on the solid foundation we already have between our peoples and economies.”

To highlight the contributions of women in the development of Pakistan, Ambassador Jones led a roundtable discussion with women leaders in government. He also hosted an informal discussion with participants in a USAID workforce development program that benefits youth and helps boost employment.  The companies involved discussed how they are exploring possible ways of the program could be continued with the help of the private sector.

Ambassador Jones also visited the Centre for Excellence in Journalism (CEJ) at the Institute of Business Administration Karachi to meet with students and faculty of CEJ, which offers Pakistan’s first professionally-focused graduate degree in journalism, and has trained over 1,200 Pakistani journalists.  CEJ is the result of a $4M grant from the United States Embassy, the second largest Public Diplomacy grant ever awarded by the U.S Government.