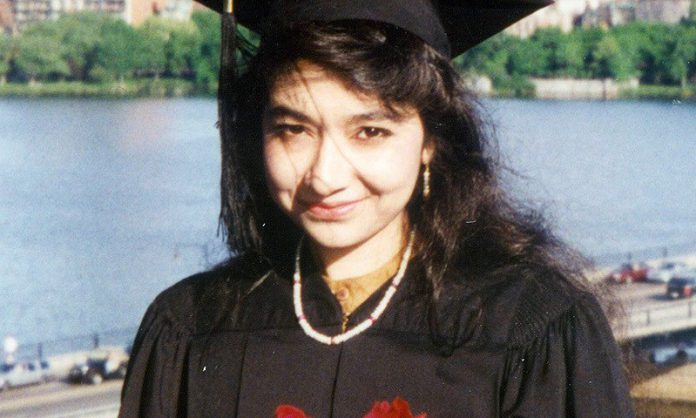 US State Department has denied allegations regarding mistreatment with Dr Afia Siddiqui who is imprisoned in Texas.

Dr Afia Siddiqui, who is a Pakistani scientist, is imprisoned in Texas’ Federal Medical Center, Carswell. According to reports, there was news of mistreatment with the scientist while in imprisonment.

Alleging mistreatment, the Pakistani foreign office contact US State Department for details. To which the State department denied the allegation saying she was being treated under International Laws for prisoners.

Spokesperson of the department told that the treatment given to her was under the US Law and Constitution.

Earlier on, the State Department of US had contacted concerned authorities over the reports of mistreatment.

The Pakistani scientist Afia Siddiqui has been given 86 years in prison over an incident whose responsibility she denied. In September of 2008 the New York federal district court had charged her of assault and attempted murder. The charges were raised due to an incident during an interview with the US authorities in Ghazni, Afghanistan. Dr. Siddiqui had denied the charges.