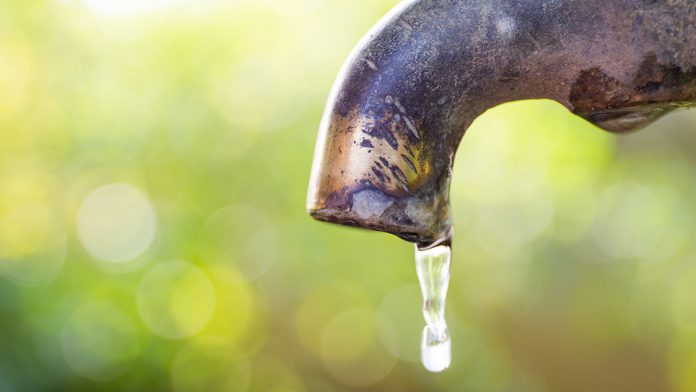 Thatta: Keenjhar Lake’s water level is rapidly decreasing and it could end in the shortage of water supply in Karachi.

However, the water supply in Karachi could stop when the water level will reach 44 feet. Keenjhar Lake daily supplies 1,200 cusecs water to Karachi. Earlier, the water used to end for all distributaries on reaching the level of 42 feet. However, it has increased due to the silt deposits. Recently, concerned authorities took efforts to restore the Keenjhar Lake to the level of 54 feet. People are demanding from the government to prevent the water crisis in Karachi.

However, Karachi is not just an only city that is facing water shortage. The situation is much worse in Badin where several rivers and lakes are dried. The Goni Wah Canal and other rivers have dried up and villagers dig earth to find drinking water.
With the rivers and other freshwater sources drying up, drinking water has become a scarce resource for people of Badin. People have been digging up the ground to find water, which dries up in a few days as well.

The situation is the same in more than 50 villages across the district where there is a shortage of water. Villagers forced to dig 10 feet into the ground to find water, which also ends up dried in a few days. The dug up water is unsafe as well, as villagers forced to drink unhygienic water. The muddy water from the ground is a health hazard but due to shortage no other alternative to be found.