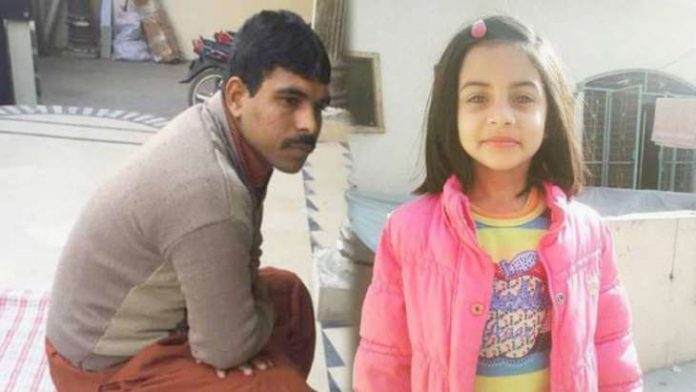 Imran convicted in Zainab murder case is allowed for the last meeting with family by jail authorities on Monday.

A police office said, the last meeting will be held in the jail premises on October 16 at 12 pm.

According to the instructions issued by prison officers, no more than 50 persons are allowed to meet the death row inmate. Those who will visit the jail to meet Imran will be liable to carry their national identity cards.

Imran, who was awarded 21 death sentences in the Zainab murder case, will be executed on October 17 at the Central Jail in Lahore.

Innocent Zainab was kidnapped from near her aunts house in Kasur on January 4 and was found dead in a garbage heap five days later.

On January 23, the authorities claimed to have nabbed Imran, a serial killer involved in other such crimes, through a DNA match.

Imran’s DNA also matched samples taken from seven other minor girls who were abused and murdered earlier in Kasur, according to the police.

After the police arrested him, Imran reportedly confessed to assaulting eight minor girls at an under-construction site and two others in a garbage heap in Kasur.