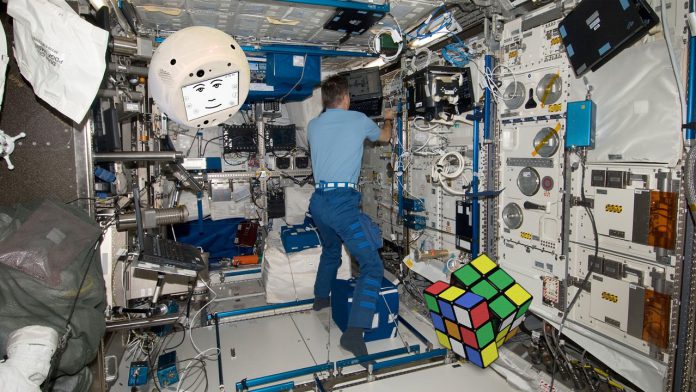 Crew Interactive MObile CompanioN (CIMON) sent to space to work as a mobile autonomous assistance system. It is a ball shaped, floating, AI based robot which is launched from Cape Canaveral, Florida. However, 2700 KG (5900 lbs) of equipment packed aboard unmanned Dragon cargo capsule is also sent.

In addition, CIMON will be a first robot which makes interactions with people in space. It has been trained to acknowledge the face and voice of Alexander Gerst, 42. Alexander is the geophysicist of the European Space Agency.

It will hover at the eye level of astronaut and its front camera can easily detect if the person it is facing is Alexander, or someone else.

CIMON is designed in such a way that it will easily guide Alexander through different scientific methods. However, it will also show images or videos as needed.