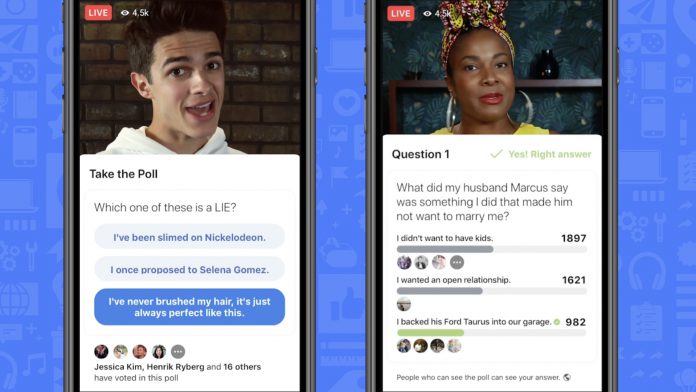 San Francisco: Facebook revealed that it is launching different new formats for the online video platform.

Facebook will offer game shows, trivia, polls, and quizzes on the video platform. The company is looking to compete with YouTube and Netflix with some new formats.

One of the highlights from Facebook will permit intuitiveness, which could be utilized for live game show or tasks which offer money prizes. Facebook’s entertainment partnerships team said that they trust that watching video doesn’t need to be aloof, and that numerous sorts of conventional diversion positions. It can be from amusement shows to unscripted television to the scripted substance can be reexamined to be network driven.

Facebook officials said that they are revealing some new tools such as gamification and on demand video for live and live polling. However, it will assit creators to make funny, interactive, and unique material for people.

There will be a show by BuzzFeed News named “Outside Your Bubble”. However, the show will challenge participants to guess what other people from several social media platforms are thinking.

Earlier, Facebook announced the original news shows for the first time for the social media platform in its history. It partnered with different big names such as Univision, ABC News, Fox News, and CNN.