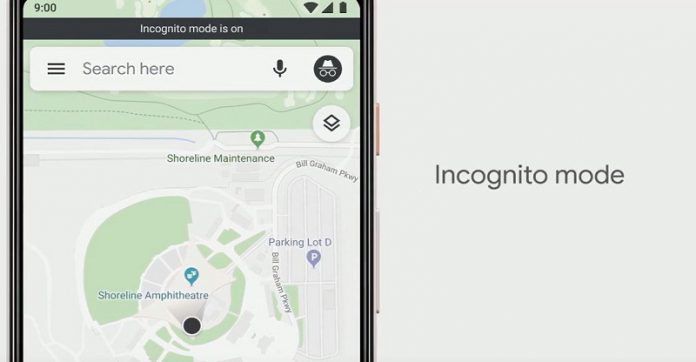 Google Maps Incognito Mode will also allow users to prevent their location information from being saved. This was announced at the on-going Google I/O Developers Conference.

Users will be able to activate the Incognito Mode by just tapping their profile picture in the search bar on Google Maps.

In the menu screen, you can activate the incognito mode, very much like the previously announced auto-delete feature. Once selected, all your data being tracked will come to a halt. Just like chrome, the maps will show a dark diagonal bar to notify incognito mode has been activated.

It is still unclear when the update will be rolled out but apparently, it’s coming soon. On the other side, the profile picture icon isn’t available in the search bar yet.