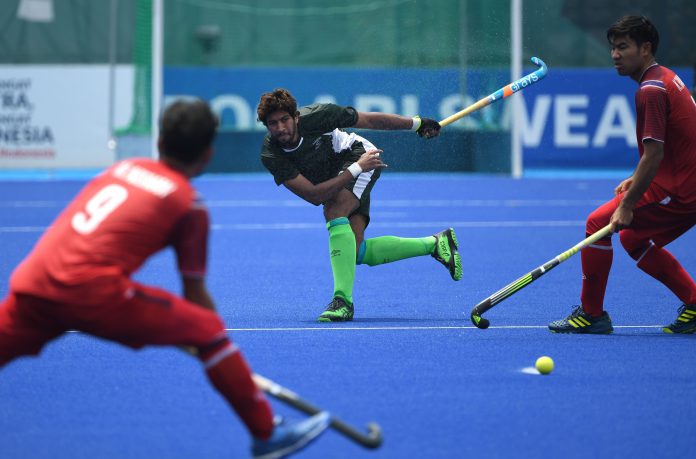 Pakistan off to a flying start at the Asian Games Hockey with a 10-0 thumping victory over Thailand.

JAKARTA: The opening hockey game, played at Gelora Bung Karno (GBK) Sports Complex in Jakarta, Indonesia, was dominated by Pakistan, who have won the tournament a record eight times.

Pakistan were off to a flying start at the Asian Games Hockey with a 10-0 win over Thailand on Monday.

Atiq Arshad shone with a hat-trick, while his brother Tauseeq Arshad, and Mohammad Irfan and Abu Bakr all scored twice. Mubashar Ali was the other scorer.

In the last minute of the first quarter that Tauseeq Arshad converted a penalty corner. Three more goals were added in the second quarter and Pakistan led by 4-0 at the half time.

The Green Shirts found the target six times in the second half to complete the tally. Pakistan to play Oman next on Wednesday.