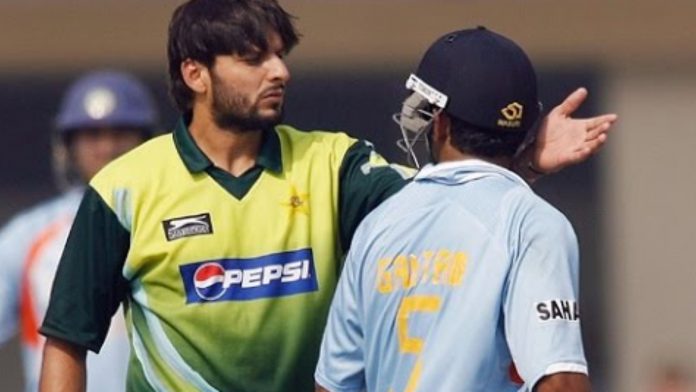 Responding to the incident, Shahid Afridi tweeted from his official account showing his concern and love for Kashmiris who are resilient against the tyranny of Indian forces.  The tweet went viral and had attracted a lot of anger from the Indian media and cricket stars. Shahid Afridi had received countless support and love for his strong stance against Indian terrorism in Kashmir from both his fans in Pakistan and Kashmir.

Thanks to the hatred of Indian media, Shahid Afridi’s tweet and reaction caught the attention of international media. Dennis Freedman, a popular Australian cricket journalist who is immensely popular within Pakistan as he never misses an opportunity to take a dig at Indian cricket fans on social media has recently reacted to the entire hatred drama.

He has recently tweeted,

The amount of grief that Afridi causes India with bat, ball and tweets is unparalleled

Afridi’s tweet was much liked and appreciated by his dedicated fans, on the other hand the Indian fans did not shy from showing their anger and rage on Twitter against Freedman. Series of hate replies from Indians came in response to Freedman’s tweet.

It all started when Afridi tweeted on Tuesday saying the situation was appalling and worrisome in Indian-occupied Kashmir.

Appalling and worrisome situation ongoing in the Indian Occupied Kashmir.Innocents being shot down by oppressive regime to clamp voice of self determination & independence. Wonder where is the @UN & other int bodies & why aren't they making efforts to stop this bloodshed?

He received lot of backlash from across the border and various Indian cricketers including Guatam Gambhir who responded harshly on his tweet. Responding to this anger and hate comments, Afridi tweeted:

We respect all. And this is an example as sportsman. But when it comes to human rights we expect the same for our innocent Kashmiris. pic.twitter.com/DT5aF1wX8P