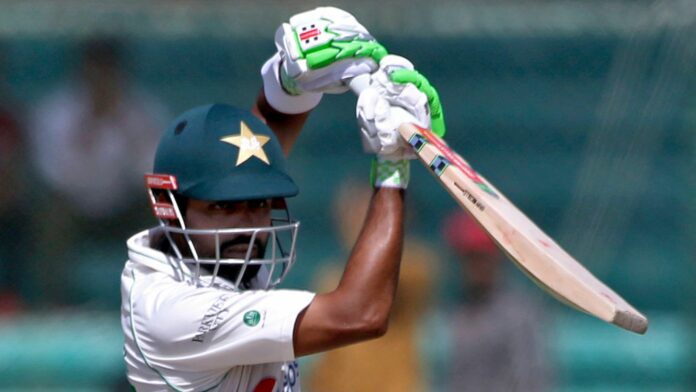 Babar Azam is being commended in the second test match between Pakistan vs. Australia by striking the highest scoring by a captain in the fourth innings. He knocked a thrilling performance scoring 196 runs. The match was drawn between both the teams.

He delivered 21 fours and 1 sixer on 425 balls. Azam was also congratulated by the Australian team for his thriving performance. Australian team stood and applauded him while he was going back to the pavilion.

Babar has become the first Pakistani player to play more than 400 deliveries in the fourth and final innings of a Test match. Along with Shafique and Mohamad Rizwan played a knock off of 96 and 104 unbeaten.

In the second test while chasing 506 runs, Pakistan positioned 21/2 but Babar and Shafique developed a partnership of 228 runs for the third wicket.

The third and final Test will begin in Lahore on March 21.