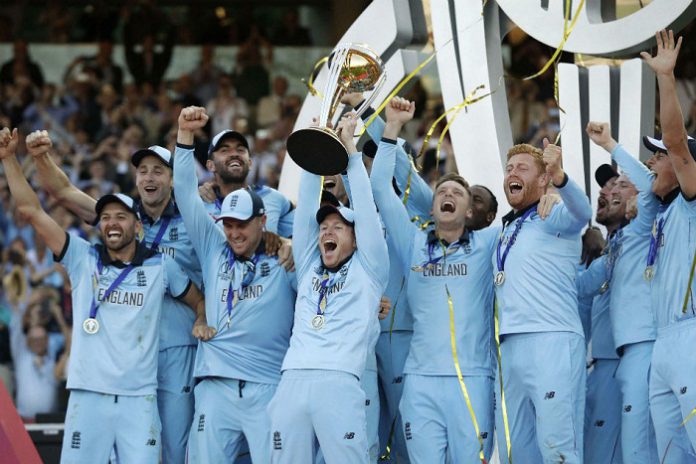 After a thrilling contest with lot of drama, England finally managed to win their maiden ODI Cricket World Cup due to Ben Stokes sensational innings.

Ben Stokes, theCricket World Cup 2019 Final hero hailed his team’s hard work for four years that eventually made them the winner. He said that he just lost for words as it an amazing feeling for him. All the effort over the time span of 4 years to get here and now they are world champion.However, England did a great comeback after elimination from a group stage of Cricket World Cup 2015.

The hosts looking to lose the match but Ben Stokes played a not out innings of 84 runs to ensure that the score was tied, as both teams scored 241 runs. In addition, he also made 8 crucial runs in the super over of Trent Boult. The super over was also tied as both teams managed to score 15 runs. However, England lift the trophy as they hit more boundaries than New Zealand. On the other side, it was a heart breaking moment for New Zealand as they lost the second consecutive Cricket World Cup Final after a great fight.

A huge number of cricket fans around the globe watched the exciting match. The trends #NZLvENG #SpiritOfCricket, #WorldCupfinal, #KaneWilliamson, Ben Stokes, #SuperOver, and Congratulations England are still trending on the internet.