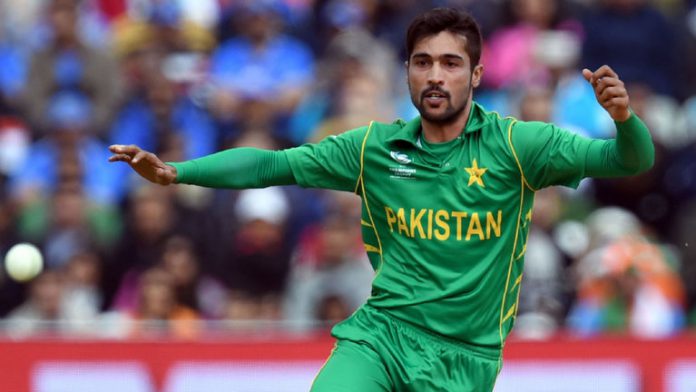 Fast bowler Mohammad Amir will undergo another medical checkup on Friday which would determine his chances for making it back to the Pakistan squad in time for the upcoming ICC World Cup in England and Wales.

According to sources close to the matter, Amir, who is recovering from a suspected case of chickenpox, underwent a medical examination in London two days ago. He is set to be examined again today, following which the team management would have a clearer idea of his condition and recovery time.

The pacer, who was named for Pakistan’s ODI series against England but could not play any game due to his illness, has been separated from the rest of the team for fear of spreading the virus to those around him.

Whether he would be able to play in the fifth and final ODI of the ongoing series against England would be decided after the second checkup, the sources added.

The 27-year-old Amir has been off-colour following his match-winning performance in the Champions Trophy 2017 final against India, managing only five wickets in his last 14 international games.

His case for inclusion in the World Cup, however, has been strengthened due to Pakistan’s dismal bowling performance in the series against England.