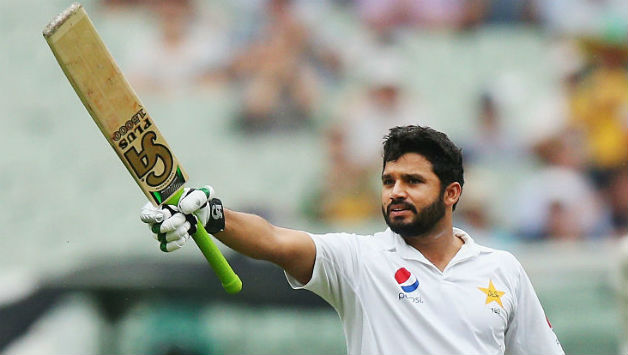 Former Pakistan skipper Azhar Ali says he believes Pakistan has a very good chance to the win the Cricket World Cup 2019 this summer in England and Wales.

In an interview with Sky Sports, the batsman who plays for English county Somerset said, “I actually believe that Pakistan has a better chance to win the World Cup this time around than we did two years ago at the Champions Trophy.”

“Back in 2017, nobody gave Pakistan a chance, but this time around people are mentioning Pakistan as potential winners of the World Cup. I think Pakistan has a very good chance, providing the team clicks,” Ali said.

He added the team has a good combination, but it’s all about clicking and peaking at the right time, as the team did in 2017. “Cricket World Cup 2019  around is a long tournament, so you have a bit of time to find your feet and peak,” Ali added.

The 34-year old batsman continued, “Pakistan is strong in all areas, but the key will be getting a solid base from the top-order batsmen and getting runs on the board for the bowlers to work with. Pakistan’s bowlers are always strong, and this time is no different.

When asked which teams in his opinion are the main contenders for this year’s World Cup, Ali said for him the main challenges are India, Pakistan, Australia, and South Africa.

“However, I don’t think New Zealand should be written off, as they always tend to perform well at World Cups,” Ali said. “I think the winner will come from one of these teams. But then this is cricket, and anything is possible, and whoever runs into form and peaks at the right time will come out as champions.”

Responding to a question about having any regrets about retiring from one-day international cricket just before the World Cup, the batsman said he is a firm believer that whatever happens, it happens for the best.

Ali retired from one-day international cricket last year in November, saying he wanted to focus on his test career.

“Of course, you want to play as much as you can for your country, but when guys like Fakhar Zaman, Imam-ul-Haq, Abid Ali, and Shan Masood are performing and playing well, then they deserve to play in the World Cup ahead of me,” he said.

The Pakistan cricket team is scheduled to depart for England on April 23 April where they will take on England in a series of practice and international matches, before starting their World Cup campaign against West Indies on May 31 at Trent Bridge.