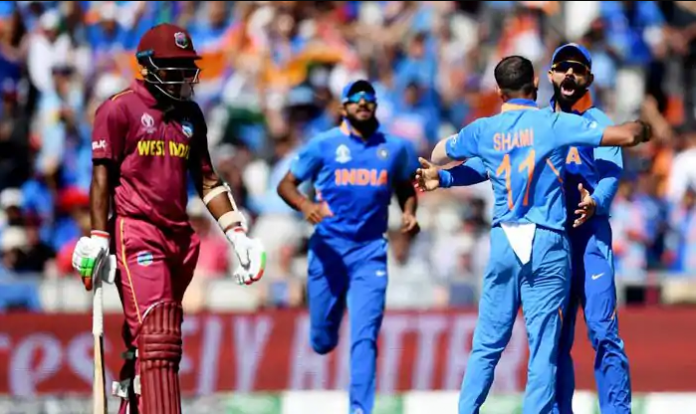 The WI Vs Ind match highlights can be seen here.

Virat Kohli made 72 and laid the foundations for India´s 268 for seven after electing to bat first at Manchester´s Old Trafford.

The Indian bowlers, led by paceman Mohammed Shami, then dismissed West Indies for 143 in 34.2 overs to end the West Indies´ hopes of progressing.

India, who have displaced England as the top-ranked one-day team, remain the only unbeaten side in the tournament and need just one victory from their remaining three league games to guarantee a semi-finals berth.

On the other side, West Indies joined Afghanistan and South Africa as the three teams to bow out of the race for the final four so far.