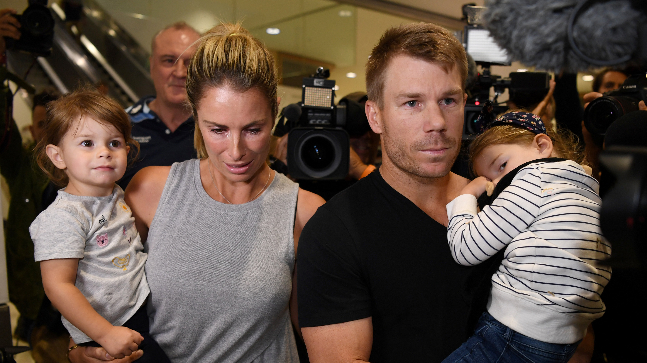 David Warner’s wife Candice blamed herself for the disgraceful act of ball tampering by the former Australian vice-Captain. She said that they were badly taunted in South Africa which later became the reason for his ball tampering. She had a friendship with Kiwi Rugby Player Sony Bill and Quinton de Cock said rubbish things about her during a fight with Warner. Later, some spectators also came with Sony Bill’s Mask to taunt her. She further added that she is not defending her husband’s act but his intention was just to protect her and their children.