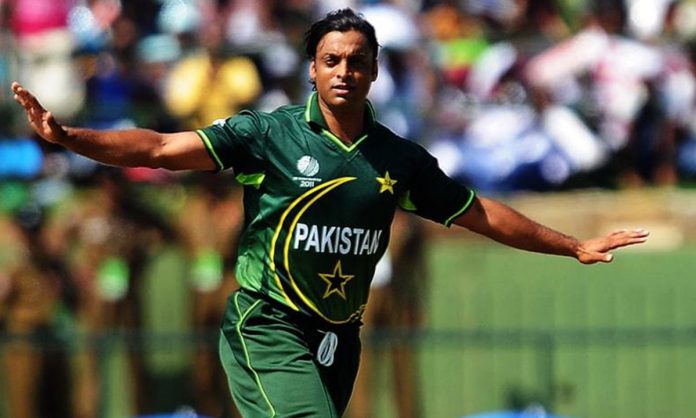 The Pakistani Speedster Shoaib Akhtar is not just popular for his threatening pace and deliveries but also knows how to remain in news.

Yesterday, he put cricket pundits and fans in doubt with his tweet that he is going to announce some big announcement tomorrow (Tuesday).

Hi guys. I’m about to make a very important announcement and I’m sure you all will love it.
Tomorrow 7 pm. Watch this space. #shoaibisback #Pakistan

As soon as he tweeted, people started showing amazing reactions over the social media. One user sarcastically asked that is Shoaib launching a new way to abuse.

Launching a new way to abuse?

Shoaib Akhtar always bothered Indian batting line with his pace and swing. However, his fans from across the border displayed adorable reactions.

Here is another reaction from an Indian fan of speed star.

All the very best sir, Love from India 😊

Later, Shoaib Akhtar made another tweet and shocked the fans with his video statement. He said that he will play the league this time. He also challenged current fast bowlers that he will tell that what the real speed is.

Now, cricket fans are much excited that is he really going to bowl threatening bouncers and quick yorkers in PSL 4. The #Shoaibisback and #Pakistan are also trending on the social media.

A few days back, Shoaib Akhtar also came in limelight when he smashed Pakistani skipper Sarfraz Ahmed with his comments.

PSL 2019 is about to begin and Shoaib’s statement created a lot of suspense and speculation among cricket lovers. However, he was previously worked with Lahore Qalandars.

Shaoib Akhtar took the retirement after ICC Cricket World Cup 2011. He last came into action during the Legends Game at USA and delivered the superb bowling spell. It is earlier to say that is he really fit now to show that performance again. Some diehard fans of Pakistan cricket believe that he will try to amaze cricket pundits with his performance to make his return in ICC World Cup 2019 at England.

Other speculations are that Shoaib Akhtar is going to join the PSL commentary team. Jonty Rodes already is in UAE and Shoaib will also be the great addition.

Let’s see what Rawalpindi Express is going to do on February 14. His lesson to “Bachey” of cricket will be also worth watching. May be he is viewing them as his rivals and will remind them who is the boss?