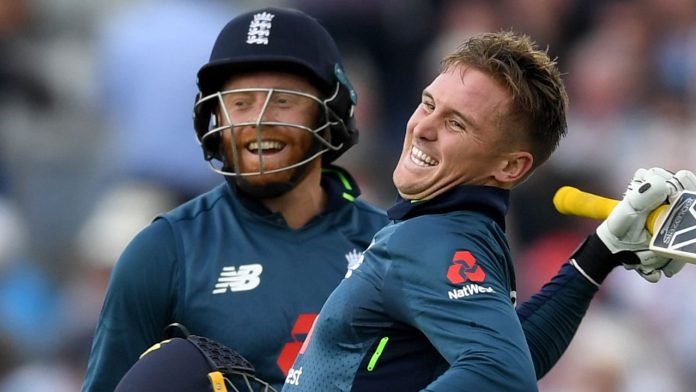 England is eyeing on whitewash as it is leading series with 4-0. Jason Roy played a brilliant knock and scored 101 runs while chasing a target. However, England chased the target of 311 runs in the 45th over for the loss of just 4 wickets. English openers Jason Roy and Jonny Bairstow provided an opening stand of 174 runs to their team. However, their individual scores were 101 and 74 respectively.

Earlier, Australia scored 310 runs for the loss of 8 wickets. Mitchell Marsh and Aaron Finch made centuries but they also did not save Australia from the defeat.

It is Englands second highest successful chase after 350/3 against New Zealand. In the last match England beat Australia by 242 runs after scoring the highest ever ODI total of 481/6.