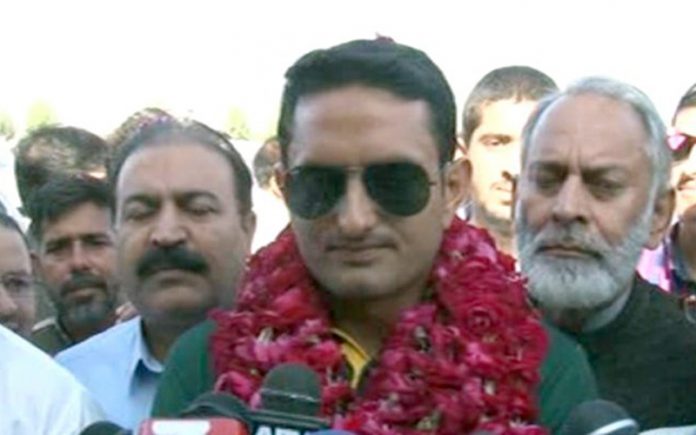 Medium pacer Mohammad Abbas returned to homeland to a hero’s welcome on Saturday.

Mohammad Abbas took his maiden ten-wicket haul in a match to fire Pakistan to a 373-run win over Australia in the second Test.

Speaking to the media at Sialkot airport, the 28-year-old Mohammad Abbas, said, “I knew that one day God would reward me for my hard work.”

“My aim was that I perform in whatever condition there is,” he added. “I received a lot of opportunities but chose to focus on my cricket. I am not ashamed of the fact that I have worked as a welder before and done other odd jobs.”

Mohammad Abbas, who was awarded the Man-of-the-Match as well as Man-of-the-Series, continued, “No one from my area has represented Pakistan in a Test match before.”

Thanking those who gathered at the airport to receive him, the medium pacer said, “I am always available for those seeking to play cricket.”

“I will continue to perform,” he further vowed.

It was Mohammad Abbas, 28, who destroyed Australia with a haul of 17 wickets in the series — becoming the first Pakistani fast bowler to take ten wickets in a Test since Mohammad Asif did so against Sri Lanka at Kandy in 2006.

A decade ago, Mohammad Abbas was working as an office boy in a court, registering documents for cases related to real estate. Before that, he was a welder and a factory worker.