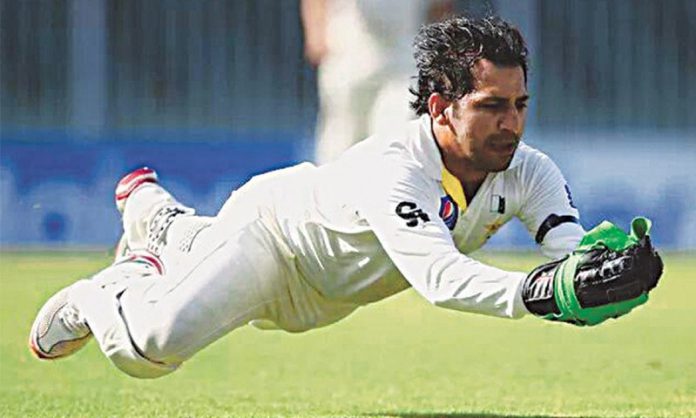 Sarfraz set new record in Pak Vs SA 3rd test match. He took 10 catches and surpassed the record of India’s MS Dhoni and Australia’s Adam Gilchrist with highest number of catches in a single match.

In addition, he also made the record for the Pakistani wicket-keeper by taking five catches in both innings. His ten dismissals record in a single match is better than the record previously held by Kamran Akmal and Rashid Latif.

Highest no. of catches by the wicketkeeper captain

Pakistan made 153 runs for the loss of 3 wickets on the third day of Pak Vs SA 3rd test match. They still need 228 more runs to chase the target of 381 runs and to avoid the whitewash.