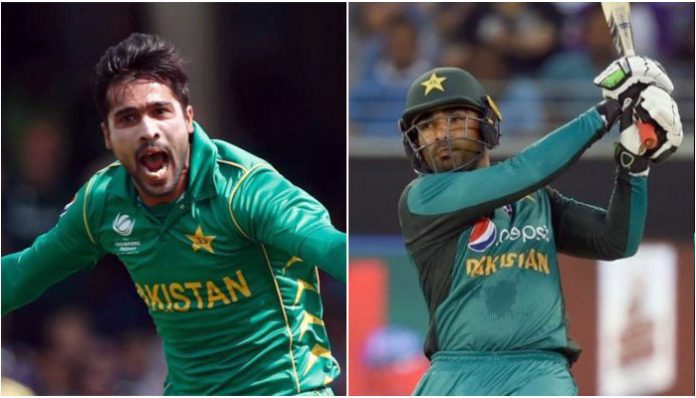 According to sources, Asif Ali and Mohammad Amir will be included in the Pakistan world cup squad.

Final Pakistan world cup squad will be announced in few days and it is expected that Mohammad Amir and Asif Ali will be included. According to sources, chief selector Inzamam-ul-Haq, Captain Sarfaraz Ahmed, and head coach Mickey Arthur have decided for their inclusion.

On the other side, to make way for Amir and Asif, Faheem Ashraf and Abid Ali would be left out of the final Pakistan world cup squad, which is set to be finalised before the May 23 deadline announced by the International Cricket Council.

Both Asif Ali and Mohammad Amir were initially left out of Pakistan’s preliminary 15-man World Cup squad ahead of the England series.

The World Cup kicks off in England and Wales from May 30. Pakistan will play their opening match of the tournament against the West Indies on May 31.