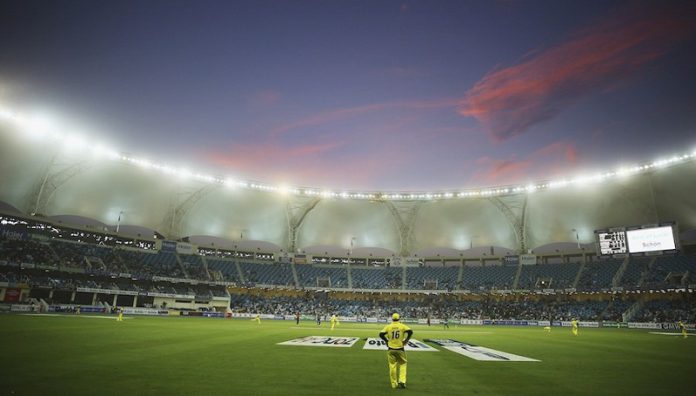 Lahore: The wait for cricket fans in Dubai is over as PSL 2019 tickets are now available online.

PSL 2019 tickets for Dubai, after Abu Dhabi and Sharjah are available on sale at this website. The details about online PSL 4 tickets for Pakistan and Dubai leg will be announced in few days while box office sales information for all PSL venues Karachi, Lahore, Abu Dhabi, Sharjah, and Dubai.

Dubai will host 14 matches of PSL 2019 with the ‘Ring of Fire’ (floodlights) lighting up the stadium. However, the opening ceremony and league matches will be also conducted at the stadium.

On the other side, Sharjah Cricket Stadium will host 8 PSL 2019 matches. On February 20 with a match between Quetta Gladiators and Multan Sultans. Peshawar Zalmi go up against Karachi Kings on February 21 in the meantime, trailed by 2 matches on February 22.

In the first match, Multan Sultans will go up against Lahore Qalandars while in the second match of the day Islamabad United play against Peshawar Zalmi.

Two other matches will be played on February 23: Quetta Gladiators will face Lahore Qalandars while Islamabad United will play against Karachi Kings.

On February 24, Peshawar Zalmi will face Multan Sultans followed by a match between Quetta Gladiators and Karachi Kings.

On March 4, the opening match will be between Quetta Gladiators and Peshawar Zalmi. However, Karachi Kings and Multan Sultans will play the second match on same day.

On March 5, Peshawar Zalmi will play against Lahore Qalandars. However, in second match, Islamabad United will face Quetta Gladiators.