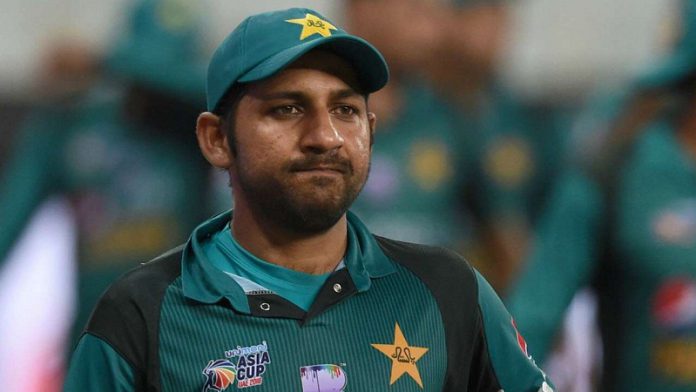 Karachi: Pakistan cricket team captain may face the suspension of 3 to 5 matches as Sarfraz Ahmed Comments on Andile Phehlukwayo in the second ODI.

Sarfraz Ahmed comments during Pak Vs SA series could result in his suspension for 3 to 5 ODI matches. However, Shoaib Malik is expected to captain Pakistan cricket team in his absence.

During Pak Vs SA 2nd ODI, Sarfraz Ahmed commented on Andile Phehlukwayo in Urdu that “Abey kaale, teri ammi aaj kahaan baitheen hain? Kya parwa ke aaye hai aaj?”. The English translation is “Hey black guy, where is your mother sitting today? What [prayer] have you got her to say for you today?”

Mike Haysman inquired Ramiz Raja that what Sarfraz Ahmed said. In reply, Ramiz said that it is a big long sentence and it is really difficult to translate that.

According to sources, if ICC will take action against Sarfraz Ahmed comments, it will be decided by match officials that whether comments lies under ICC anti-racism code or ICC code of conduct.