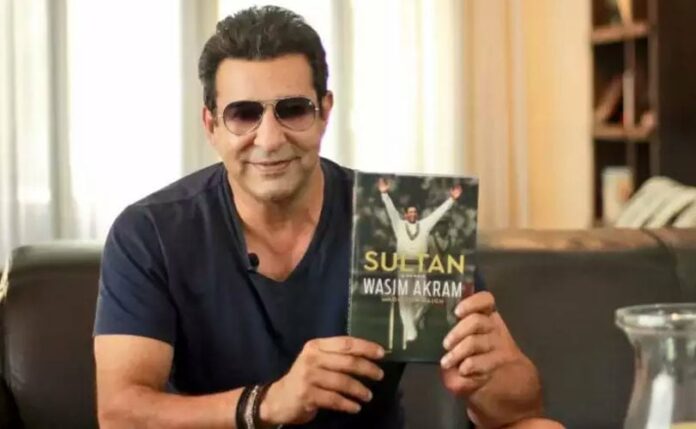 Wasim Akram, Pakistani commentator, coach, and former cricketer is all set to launch his new book, ‘Sultan: A Memoir’.

The former test captain is viewed as the fastest bowler in the cricket era. The 56-year-old cricketer has revealed some of the less-known facts about him in the book. From his personal to professional life, Akram has always impressed his fans for various reasons. His determination on the ground and his expert opinion as a commentator have made him among the top. The left-arm fast bowler, known for his unique bowling style also shared details of his drug experience.

An excerpt from the book says, “I liked to indulge myself; I liked to party. The culture of fame in south Asia is all-consuming, seductive, and corrupting. You can go to ten parties a night, and some do. And it took its toll on me. My devices turned into vices,”

He accepted his utter dependency on cocaine which grew stronger after a party held in England. Akram also disclosed how his drug addiction became apparent to him which caused headaches, mood swings, and loss of diabetic problems.

Akram informed his fan about his upcoming book on Twitter.

His drug addiction struggle is indeed challenging and impressive for the younger generation. As substance abuse has become common in educational institutes and no such preventive measures are being taken to curb such activities.

The book is written by Gideon Haigh with Wasim Akram’s time and contribution to the narration of stories.

The book soon will be out!